As of Now, Smartlex was providing only GSM HAT separately to interface with Raspberry Pi,  So now its time to integrate GSM/GPRS/GNSS clustered functions into a single device suited for Raspberry Pi. A new module has been introduced by SmartElex with these appended functionalities and it is named as per its properties, GSM/GPRS/GNSS Bluetooth HAT

SmartElex GSM/GPRS/GNSS HAT connects your Raspberry Pi to a cellular GSM Network! It directly plugs onto your Raspberry Pi. HAT adjusted to the GPIO connectors compatible with Raspberry Pi 3 / 2 / Zero which provides the connection to GSM, GPRS, GPS, and Bluetooth. It allows the voice chat, send SMS messages, connect to the Internet, transfer data via Bluetooth, has a navigation system. On the Board is the connector for SIM card, micro USB, 3.5 mm jack, battery and two (GSM and GPS )antenna connector.

The HAT is equipped with the Quectel M60 Module which integrates a high-performance GNSS engine and a quad-band GSM/GPRS engine. The GNSS engine is a single receiver integrating GPS, GLONASS and Galileo systems. It supports multiple positioning and navigation systems including autonomous GPS, GLONASS, SBAS for all communication with the HAT is through a serial interface. AT commands are used to configure and communicate with the HAT.

The HAT assembled with all essential hardware required for your Raspberry Pi based GSM Project which includes GSM Module, SIM Card Holder, Cellular Antenna, headphone connector, Bluetooth 3.0 with Antenna, etc. It greatly simplifies your GSM project and allows you to quick start your GSM project using all versions of Raspberry Pi 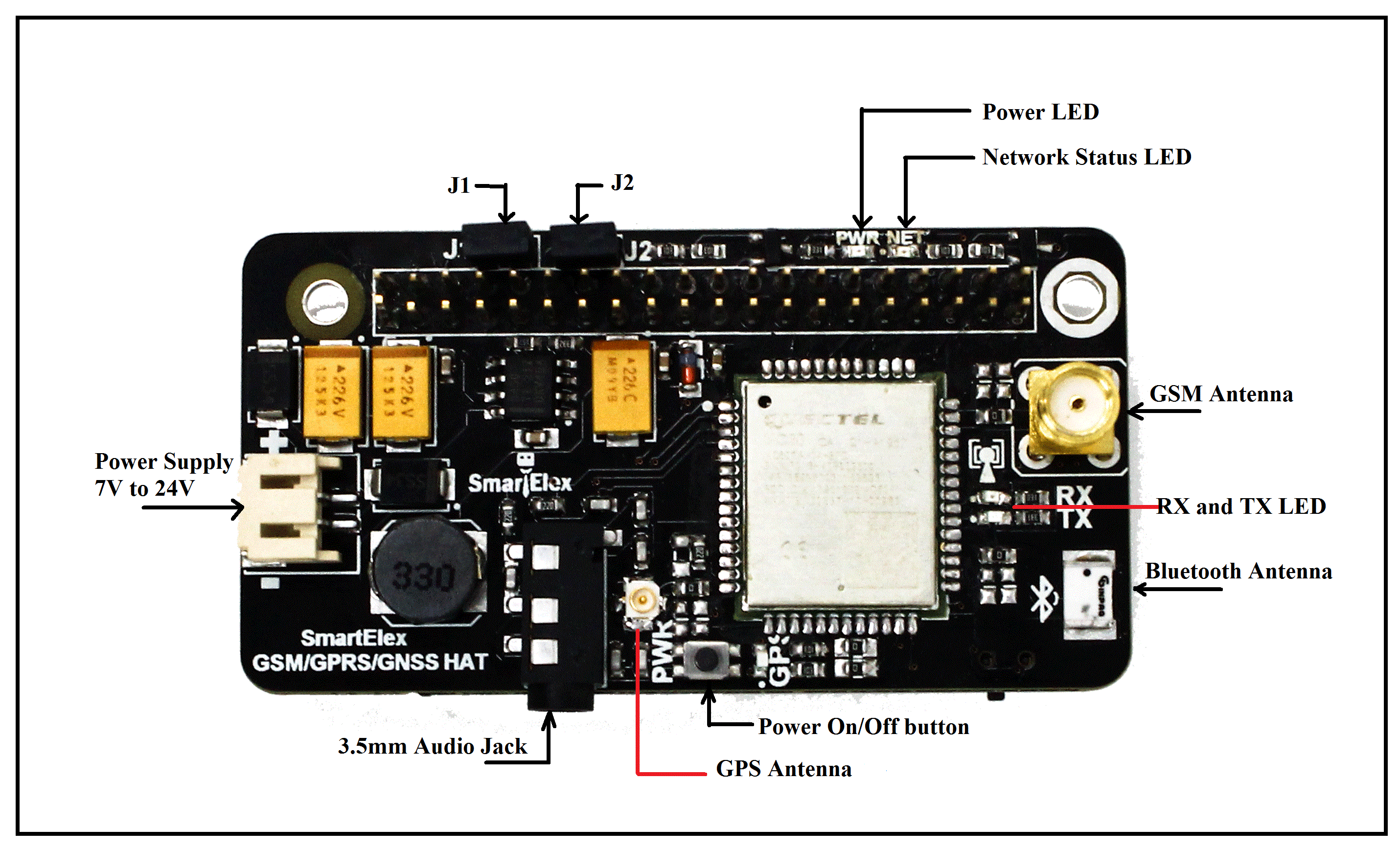